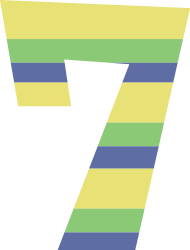 This is an explanation of the cluster organization including links leading to the NC2ML Collaborative for specific resources.

The Collaborative Instructional Framework is meant to serve as a guide for teachers and districts as they organize the curriculum for the school year. Unlike traditional pacing guides, the instructional framework consists of clusters of standards that are meant to be adapted to various schools and contexts. The instructional framework used research on students’ learning progression in mathematics to create and order clusters of standards that are taught together. While there is a strongly suggested order for teaching the clusters, we recognize that schools differ in their contexts and may wish to switch the order around. In those cases, we have given guidance regarding alternative clusterings; however, we note when certain clusters need to be taught in a certain order.

The clusters are recommended using the sample progression below, but this is not the only possible progression teachers may use. When considering changes, please look to the “Connections & Rationale” for notes about when one cluster must follow another. The timing for the units in the “Recommended Timeframe” should not be treated as a rigid timetable. Also, continue to focus on how the Standards for Mathematical Practice can be incorporated with these content clusters.

A significant emphasis should be placed on understanding operations with fractions and decimals and proportional reasoning. Anecdotal evidence and teachers’ experiences indicate that developing strong proportional reasoning in students is a challenge. As 7th graders are developing new understanding of rational numbers and operations with rational numbers, they are also being asked to reason and solve problems with ratios and proportions. Since “fraction” and “ratio” are not exactly the same thing, teachers need to be aware of the fact that success in operations with fractions does not always indicate an ability to reason with ratios. The mathematics of fractions is often the mathematics of ratio, but the reasoning with each is not the same. One resource for more information about reasoning with ratios and proportions in NCTM’s Developing Essential Understanding of Ratios, Proportions, and Proportional Reasoning, 6-8.

Please pay attention to the “Supporting Standards” and “Connections & Rationale” portions of this recommendation. These tools should help to connect mathematical concepts across the units, and to highlight potential opportunities for revisiting previous units’ main ideas.

Youcubed.org offers 3 Weeks of Inspirational Mathematics. It is recommended that 6th graders experience Week 1, 7th graders Week 2, and 8th graders Week 3. However, other general problem solving lessons can be used.